Sergio Altuna Galán is an Associate Analyst in the Programme on Violent Radicalisation and Global Terrorism at the Elcano Royal Institute. He holds a BA in Translation and Interpreting from the University of Valladolid, an MA in Arabic Language, Literature and History from the University of Tunis al-Manar and a further MA in Terrorism Studies from the International University of La Rioja. He is also a Ph.D. candidate in International Security with a thesis on the determining factors of the jihadist narrative.

He has developed a career as an international consultant between Spain and Tunisia, where he has been based since 2010, focusing on security in North Africa and the Sahel. He specialises in the creation of monitoring and evaluation tools to measure impacts in unstable environments. He has also taught Applied Rhetoric and Discourse Techniques at the University of Jendouba (Tunisia) and at the University of the Ionian Islands (Greece). He is fluent in English, French and Arabic.

Research areas: violent non-state actors in the Maghreb and the Sahel; analysis of the Salafist discourse and rhetoric; Jihadist metanarrative; and alternative narratives and counternarratives. 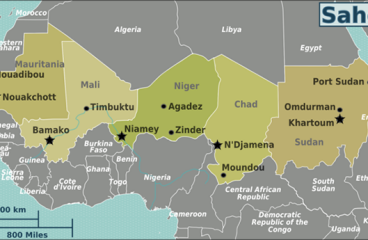