(1) Introduction
In view of the current tension between the UK and Spain as a result of the dispute over Gibraltar, the Elcano Royal Institute has carried out a survey amongst a representative sample of the populations of the two countries. The aim is to gain a better understanding of their reaction to the conflict that has broken out in the summer of 2013 and their opinions on underlying issues such as sovereignty over the Rock and the importance of bilateral relations.

(3) Mutual perceptions and views of Gibraltar

(3.1) Reciprocity of mutual perceptions and the rating of bilateral relations
On a scale from 0 to 10, Britons rate Spain with a score of 6.2, which is identical to the score Spaniards give the UK. Therefore, despite the conflict over Gibraltar, the perception the British have of Spain and the Spanish of the UK is good and, furthermore, reciprocal.

There is, however, a significant difference. The British rate themselves with a score of 7.5, while the Spanish have a poorer view of themselves, with a score of 6. As a result, it could be said that Britons have a higher level of self esteem or national sentiment than Spaniards.

As regards the state of bilateral relations, a large majority in both countries consider them to be good, despite the Gibraltar dispute. Since the UK is the ‘winner’, as it is in possession of sovereignty, and Spain the ‘loser’, the percentage of positive ratings is slightly lower in Spain, at 74% vs 80%.

Regardless of the dispute over Gibraltar, how do you rate the relations between Spain and the UK?

The same is true of the importance attributed to the bilateral relationship. Although public opinion in both countries believes it to be important, the British consider it to be more so than the Spanish.

Regardless of the dispute over Gibraltar, how would you rate the importance of the relations between Spain and the UK for your own country’s interests?

(3.2) Importance of Gibraltar for the interests of each country
Public opinion in both the UK and Spain again coincide in stressing the importance of the Rock to their country’s interests, although the British consider Gibraltar somewhat more important than the Spanish (60% to 52%).

Do you think Gibraltar is important for your country’s interests in the world?

This could be due to Spaniards being more concerned about problems other than Gibraltar. In a question posed for Spaniards only, respondents were asked to rate a number of issues from 0 to 10. The Gibraltar dispute was rated at 5.7, more than three points below the economic crisis and political corruption and even below Spanish-German bilateral relations and Spain’s influence in the EU, which both score 7.

On a scale from o to 10, how important are the following issues for you?

(4) The current spat over the Rock: rejection of the steps taken by the Gibraltarian government and support for the Spanish government

(4.1) Structural and current problems
Spanish respondents were asked how serious they considered certain events or activities in Gibraltar, either on a regular basis or more recently. Following recent news reports, Spaniards are greatly annoyed by the dumping of concrete blocks in the sea to hinder the work of Spanish fishermen and, to the same degree, by the Gibraltarian authorities’ toleration of smuggling and money laundering. Practically all Spaniards disapprove of these activities, at rates of over 90% in both cases. To a lesser extent, Spaniards are also unhappy about British ships anchoring in Gibraltar and about the British military base there, with around 60% of respondents considering them a serious problem. Finally, slightly less than half of the Spanish respondents have a negative opinion of visits by British authorities.

How do you rate the following situations and measures taken by the Gibraltarian government?

How do you rate the British government’s reaction regarding Gibraltar in the past few weeks?

How do you rate the Spanish government’s current  pressure on Gibraltar?

As to possible measures to be taken against Gibraltar or the UK, Spaniards are generally cautious and prudent. Sixty percent reject making it difficult for British nationals to live in Spain, suggesting that Spaniards are aware of the importance of British tourism for the Spanish economy. In a less determined way, they are also against boycotting British products, with 53% against and 46% in favour.
Although not supported by the majority, many Spaniards would favour closing the frontier or closing Spanish airspace to flights to or from Gibraltar (45%).

Would you support the following measures by the Spanish Government?

Less than half the British respondents (48%) defend UK sovereignty, while almost 10% consider Spanish sovereignty their preferred status for Gibraltar and another 17% would accept joint sovereignty. Interestingly, exactly the same percentage of Spaniards want a Spanish Gibraltar (48%). What is striking is that the percentages are identical, with such symmetry being absent in other aspects.

As for the other options, Spaniards naturally seem to believe that ‘something is better than nothing’ and are better disposed than the British towards joint sovereignty, with 28% in favour versus only 17% in the UK.

As could be expected, the British are more in favour of self-determination for the Gibraltarians than the Spanish: 25% vs 17%. The underlying reason for such a preference seems perfectly rational: ‘better independent than in foreign hands’.

What is your preferred status for Gibraltar?

British respondents were asked whether the British government or the Gibraltarians themselves should have the final say on Gibraltar. An overwhelming majority (75%) were in favour of the Gibraltarians being able to determine their future.

Who should have the final say on Gibraltar?

Of course, the answer is not innocent, because the British know they would be the winners, since 85% are correct in affirming that the Gibraltarians would want to retain their British citizenship.

As far as you know, what do the Gibraltarians want?

(5.2) Similarities and differences with the Falkland Islands and Hong Kong
A positive note for Spain’s claim is the significant percentage of Britons who see a certain similarity between Gibraltar and other British colonies or former colonies. Forty-five per cent believe there is a similarity with Hong Kong before its transfer to China. Spaniards hold the same belief.

Do you think there are similarities between Gibraltar and Hong Kong prior to its transfer to China?

Opinions are also close in both countries when it is the Falkland Islands that are compared with Gibraltar, although it is the British who see a greater similarity: 67% vs 53%. Evidently, the fact that both territories are currently under British sovereignty means that the similarity is more obvious in the UK.

Do you think that as regards sovereignty, Gibraltar is similar to the Falkland Islands?

(5.3). The resolution of the dispute: rejection of the use of force and preference for bilateral or multilateral negotiations
As regards possible strategies for Spain to regain sovereignty over Gibraltar, military action is ruled out, with a score of only 3 on a scale from 0 to 10 (although this is still quite a high score for such a farfetched notion).

On the contrary, Spaniards tend to favour other options, such as raising the pressure on Gibraltar (6.6), or requesting EU mediation and seeking arbitration from an international court of law (both scoring 7). But Spaniards particularly favour compliance with UN resolutions that call for the UK to decolonise the territory and to engage in bilateral talks (8).

On a scale of 0 to 10, what score would you give to each of the following strategies that Spain might follow to regain sovereignty over Gibraltar?

Comparing public opinion in the two countries, Spaniards support negotiations with the UK with the same intensity that the British reject them, at around 60%.

Do you think the British government should negotiate with Spain to agree on shared sovereignty?

However, they coincide on the unlikelihood of the two governments ever being able to reach an agreement on the decolonisation of Gibraltar. In both countries, 57% of those polled do not consider a negotiated settlement possible.

The UN has called on the UK to negotiate the decolonisation of Gibraltar with Spain: do you believe the two governments will be able to reach an agreement?

(5.4) Gibraltar is Spanish according to the British?
In both Spain and the UK, a clear majority stress their respective claims to sovereignty over the Rock. As its status is currently that of a British territory, it is not surprising that the percentage is higher in the UK, with 80% of respondents claiming Gibraltar is British.

Nevertheless, it is striking that such a large percentage of Spaniards claim it is Spanish, with up to 70% being of that opinion.

Do you consider Gibraltar British or Spanish?

Although the British defend their country’s sovereignty over the Rock, their attitude is relatively lukewarm, at least as regards part of the UK’s electorate. Perhaps the survey’s most interesting finding in the UK is that in response to the question ‘In 1997, the UK transferred the sovereignty of Hong Kong to China – Would you be very concerned if Gibraltar were to become Spanish territory?’, two out of every three Britons seemed willing to give up British sovereignty over Gibraltar, answering that they would only be somewhat or not at all concerned, showing themselves to be far less assertive than in the previous questions.

In 1997, the UK transferred the sovereignty of Hong Kong to China – Would you be very concerned if Gibraltar were to become Spanish territory?

It is evident that the more favourable reaction to Spanish sovereignty is the result of reminding respondents of the precedent of handing over Hong Kong to China, thereby qualifying their answers. Under these conditions, the prospect of decolonisation does not appear to be so traumatic.

Looking further into these results, a significant generation gap can be identified. Seventy-five per cent of Britons under 24 are only somewhat or not at all concerned at the idea of Spain recovering Gibraltar, while the figure remains at a still high 66% among those aged between 25 and 34. Predictably perhaps, the percentage drops to 51% among the over-65s.

In line with these results, support for British sovereignty is greater, at 70%, among those with lower educational qualifications, while it is supported by only 32% of those with a University education.

Finally, the effect of political ideas should be stressed as well. Unsurprisingly, the willingness to transfer sovereignty over Gibraltar to Spain is greater on the left and steadily declines as we move to the right of the political spectrum: from 80% on the far left to 30% on the far right. Therefore, this is undoubtedly the most important variable. Paradoxically, the Spanish government’s best ally might turn out to be the British anticolonial left.

5.5. Spanish attitudes to Gibraltar: a matter of identity
In Spain there is a strong consensus regarding the country’s claim to Gibraltar. Furthermore, our poll suggests that this widely-held view is largely independent of respondents’ social status or education. Whatever their background, a majority of Spaniards are of the view that Gibraltar belongs to Spain.

The poll also reveals that opinions vary somewhat between different age groups, though not very significantly: 60% of those under 24 claim that Gibraltar is Spanish, while among all those over the age of 55 this proportion exceeds 70%.

However, our survey does reveal major differences when we move into the realm of identities and ideologies. Thus, while only one out of two Spanish respondents who place themselves on the far left of the political spectrum claim that Gibraltar is Spanish, among those on the far right more than 80% hold this view. This difference of some

30 percentage points is highly significant in statistical terms, and very eloquent in political terms. In short, those on the right generally support Spain’s claim to sovereignty over Gibraltar with far greater determination than those on the left.

Nevertheless, it is above all respondents’ feelings of national pride that provide the most convincing explanation of their attitudes towards the Gibraltar issue. Virtually all (86%) of those who say they are very proud to be Spanish support Spain’s claim to the Rock, almost three times as many as those who do not share this feeling of pride (33%). 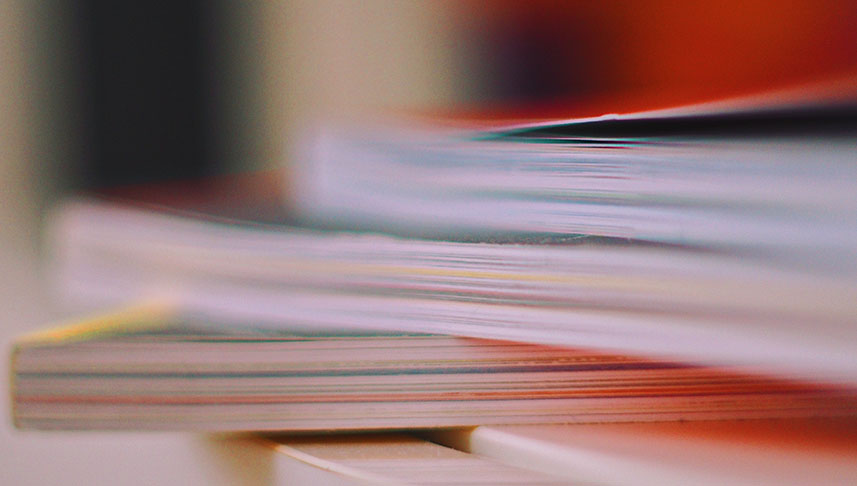 Spain’s position in the world in 2013
Next