Natalia Martín is Project Manager and Research Assistant at the Elcano Royal Institute’s Office in Brussels, where she coordinates projects with NATO on building future scenarios in the Southern Neighbourhood. She holds an MA in European Political and Administrative Studies from the College of Europe in Bruges (Belgium) and an MA on Diplomacy and International Relations from the Diplomatic School of Spain (Madrid, Spain). She has previously worked as Junior Analyst at the EU Institute for Security Studies in Paris, where she dealt with security issues in the Indo-Pacific, particularly Maritime Security threats. Prior to that, she was a Blue Book trainee at the European External Action Service (Asia-Pacific Division) in Brussels and Research Assistant at the Paris-based think tank Jacques Delors Institute, where she helped developing think tank networks in the EU Southern Neighbourhood.

Research areas: in recent years she has worked on topics concerning transnational security threats and regional cooperation in the Asia-Pacific, participating in the 4th EU-ASEAN High Level Dialogue on Maritime Security Cooperation and in the EU’s representation for the Council for Security Cooperation in the Asia-Pacific (CSCAP EU). She has been also involved in think tanks’ forums addressing instability issues in the EU’s Southern Neighbourhood (Jacques Delors Institute in collaboration with the Maltese Council Presidency).

Selected publications: The EU and its Neighbourhood: How to Stabilise the Ring of Fire? (with Elvire Fabry and Luc Vincent, Jacques Delors Institute, December 2017). 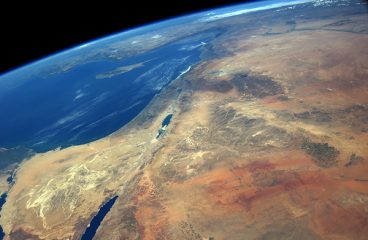