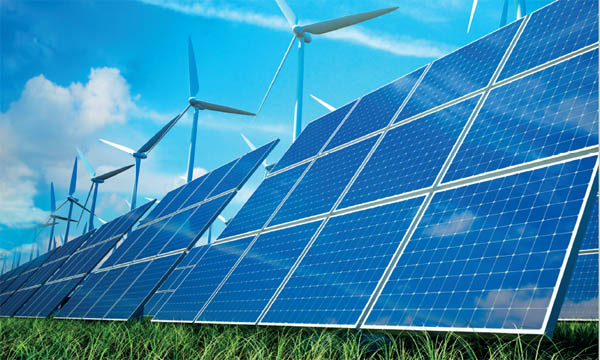 The Energiewende is bringing about fundamental changes to Germany’s energy mix through short, medium and long term targets. Yet despite numerous studies, there is still a lack of clarity about the driving forces behind this energy transition. Reports of these drivers vary considerably, touching upon affordability, import dependency and environmental concerns, as well as ethical issues. Although they all play a role, to fully understand the drivers behind the Energiewende it is also helpful to view this energy transition from the perspective of Germany’s industrial interests.

Current developments show that the Energiewende is focussing mainly on the large-scale deployment of renewables, while reducing greenhouse gas (GHG) emissions and energy consumption appears to be of less importance for now. Although GHG emissions have decreased with 23,8% by 2013, around 70% of that reduction took place between 1990 and 2000, which can be attributed to German reunification and the foreclosure of old coal-fired power plants. The years 2012 and 2013 even witnessed an increase in GHG emissions. In order to meet its 2020 goal of a 40% reduction in GHGs, Germany will need to more than double its average annual decline rate from 1.18% (1990-2013) to 3.34% (2013-2020). German energy consumption tells a similar story, it has decreased only marginally compared to base year 2008 despite the financial crisis and years of slower economic growth.

This strong focus on the deployment of renewables has created both challenges and opportunities for German industry, producing winners and losers. The most prominent challenges relate to the costs associated with the energy transition. To support to introduction of renewables, a surcharge called the Erneuerbare Energien Gesetz (EEG) was introduced in 2000. It has grown significantly over the years and now constitutes around 20% of the retail price for electricity for an average 3-person household. Energy-intensive companies can receive exemptions from this levy, shielding them from increasing costs. As a consequence, other electricity consumers must pay a higher amount because total costs need to be covered. This has created tensions between households and industry, between the different parts of the industrial sector itself, and beyond Germany’s borders due to accusations of unfair competition.

Challenges aside, the Energiewende has benefitted German industry in many ways. As a result of the merit order effect, wholesale electricity prices have decreased steadily over the past years. While this has resulted in significant loses for German utilities such as RWE and E.ON, the energy-intensive companies eligible for EEG exemptions are reaping the benefits. This seeps through to the rest of the German economy as a result of the country’s highly integrated supply chain clusters. Furthermore, the increased demand for renewables, created by the Energiewende, has resulted in the establishment of a German green industry. This is now among the most advanced in the world, owing significantly to Germany’s domestic policies which have stimulated investments in new, green technologies as well as to the country’s strong manufacturing industry.

German government policies give preferential treatment to certain segments of the country’s industrial sector, while shielding other segments either fully or partially from the transition’s unfavourable consequences. A strong connection between Germany’s industrial and energy policy is nothing new. Historically, the German government has actively supported coal and nuclear energy in its electricity mix due to their domestic availability and the strong position of German industry in the nuclear business. These past experiences suggest that current developments are part of a German tradition of approaching industrial and energy policy in unison. Therefore, when analysing past, current and possible future developments of the Energiewende, it is important to keep Germany’s various industrial interests in mind.

Riding solo in the climate change battle is working
Next