Saltar al contenido
Inicio / Blog / It IS possible to measure the global presence of countries. Check out the IEPG!

A couple of years ago, the Elcano Royal Institute launched a new project: the Elcano Global Presence Index (IEPG, according to its initials in Spanish). The IEPG estimates the international projection of countries in three areas: economic (primary goods, energy, manufactures, services and investments), military (troops deployed and military equipment) and soft presence (migrations, tourism, sports, culture, information, technology, education, science and development cooperation). It then assigns a value to a selection of countries for which the index is calculated and ranks them according to that value –for instance, the United States has ranked first in all editions–. 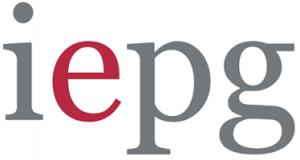 The complexity of the world’s post-Cold era demands analytic tools. The process of globalisation –first economic and subsequently for everything else– and the rise of (re)emerging powers in a world economy that is increasingly interdependent are difficult to track with solely conventional indicators and indexes. Besides the ‘quantity’ of global presence, the IEPG has can provide a detailed picture of its nature or quality: is it economic or military? Is it becoming harder or, on the contrary, softer? Is it based on cultural values or on scientific progress? And it does so across countries –how is Algeria globally positioned in relation to Malaysia?– and through time –how has France’s global presence evolved over the past two decades in relation to its neighbours’?–.

The IEPG can also prove to be useful when compared to other indexes and indicators. The fact that China, with the world’s largest population and the second-largest economy, ranks 4th in the IEPG and 101st in the Human Development Index (HDI) and has virtually no voting power at the IMF is very revealing as regards the changing features of the world governance and development map.

So the IEPG is a useful tool for looking at snapshots of the evolution, quantity and quality of a country’s global presence. We would like to believe that our readers believe so too, as the first –thick– version of the index’s methodology is heading towards 5,700 downloads!

The third edition of the IEPG will be out in barely a couple of weeks. On 3 July we will publish the IEPG’s results for 2012, covering a wider selection of countries –up to 60–. We have also calculated the IEPG of the European Union as if it were a single country and extended the analysis of European issues to the creation of an Elcano European Presence Index (IEPE) that measures the presence of member States in the European sphere.