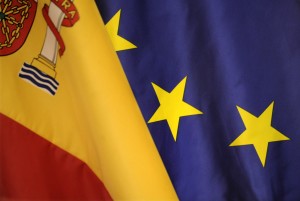 The Spanish government has begun to recover credibility in  European institutions, lost during the Zapatero era. Some voices deny it and seek evidence to the contrary. They mention appointments in the Executive Council of the European Central Bank or the presidency of the Eurogroup, who have not gone to Spanish candidates. Yet this is a nostalgic look, as if we still lived in the time of Felipe Gonzalez and Jose Maria Aznar, when it was normal for our country’s candidates to be promoted to main responsibilities in the European Union. The nearly eight years of poor political management or no management at all of European affairs by Zapatero and Moratinos have squandered the considerable political capital accumulated by Spanish socialist and popular governments until 2004.

This collapse has forced the current government to undertake the most difficult reforms in order to restore basic confidence in our country. The European Union is going through an unprecedented political situation, in which Germany has a clear leading role and the economic divergence between creditor and debtor countries, at the center of the euro crisis, creates real hostilities. The Berlin government no longer works well with its Paris counterpart, and feels far away from Rome or London’s European strategies. Hence, Germany lacks an important partner with which to agree on common visions and then propose them to the rest of Member States.

The Commission and the European Parliament do not have enough power to counterbalance Angela Merkel, a leader much more resilient and demanding than anyone had thought. But any impartial observer admits that in early 2013 Spain again a serious and reliable partner. It is no longer the weak link of the euro and its government is no longer missing from the political arena of Brussels. We have not yet managed to be the “Germany of the South”, because too many institutional and territorial issues still negatively affect our reputation. But Rajoy’s cabinet has taken sufficient measures to begin to be perceived again as the fifth member of the Union in population and economic weight. Since its accession negotiations in the eighties, Spain has always had very good specialists in European issues in their ministries, especially in its Foreign Office. This high technical expertise has been put to good use once politicians have done their part and given clear guidelines. Maybe with a bit too much noise, but the machinery is working again. The negotiations on the non-bailout by Prime Minister Rajoy have been overall a successful strategy. In any case, no political actor, except the government of Angela Merkel, is really a heavy weight today in Brussels. In return, nobody at the negotiating table wonders where Spain. Some even have the intuition that with a little more time, our country can be the best case of a quick recovery from the crisis.