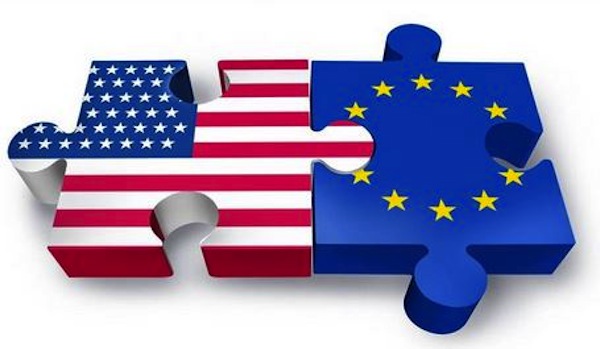 The Transatlantic Trade and Investment Partnership (TTIP) negotiations, which aim to create a free trade area between the EU and the US, have been mired in many controversies since kicking off in July 2013. But arguably the most damaging to the negotiations has been the potential inclusion of investor-state dispute settlement (ISDS) in the final agreement. In a nutshell, this would allow foreign investors to seek redress for perceived violations of their investment rights in independent arbitration tribunals, bypassing domestic courts.

In response to a mounting pressure against ISDS from civil society groups in Europe, who fear that investors may challenge legitimate social and environmental policies, the European Commission announced in January 2014 that it was suspending negotiations on the provision pending the outcome of a public consultation. This was held from March to July of that year and, reflecting the high profile of the issue, attracted almost 150,000 responses – an ‘unprecedented’ number for a Commission consultation.

The Commission’s widely anticipated report on the consultation was finally published last week. This confirmed what was already common knowledge: the vast majority (97%) of submissions had been critical of ISDS/TTIP, having been ‘submitted collectively’ by various NGOs using electronic platforms or software (including 50,000 responses from a single NGO).

More importantly, the Commission’s report – and public reactions to it – suggest that the consultation has not succeeded in diffusing political conflict over ISDS. It will remain an important thorn in European negotiators’ sides as they work towards negotiating a deal with their US counterparts.

The consultation was always intended as a very limited, technical exercise, despite the wider political climate that prompted it. Its intention was never to seek views on whether ISDS should be included or not. Rather its goal was to ‘s[eek] feedback on whether the proposed EU approach […] would achieve the right balance between protecting investors and safeguarding the EU’s and Member States right and ability to regulate in the public interest’. In other words, the consultation was part of a broader exercise at tinkering with ISDS and improving it with respect to the provisions of existing bilateral investment treaties, which are widely seen as more open to abuse by investors. Illustratively, the Commission’s response in the report to the thousands of responses opposed to the inclusion of ISDS was to state that their concerns ‘should be answered in light of the ongoing EU efforts to reform substantially the investment protection and ISDS system’.

This strategy is reflected in the Commission’s next steps, which are to consult with a number of stakeholders and EU institutions (notably the Parliament and the Council) in order to arrive at ‘concrete proposals for the TTIP negotiations’ at some point later this year (probably by the summer). The report itself identifies four specific areas of work for improving the ISDS mechanism based on the responses to the consultation: protecting the right to regulate; the procedures and establishment of arbitration tribunals; how ISDS relates to the domestic judiciary and an appellate mechanism for ISDS.

This is of course unlikely to appease the many NGOs (and their followers) who have voiced opposition to the principle of ISDS, which is said to privilege the interests of large multinational firms at the expense of democratic decision-making. To these groups the consultation was a useful political instrument to voice their discontent. Thus, while Trade Commissioner Cecilia Malmström acknowledged that ‘the consultation shows that there is huge scepticism against the ISDS instrument’, the Commission’s strategy of simply seeking to improve the system has led many NGOs to argue that the consultation ‘makes a mockery of democracy’.

While the Commission is still plumping for ISDS, opposition to the provision has clearly grown over the past year. ISDS has been a lighting rod for increased mobilisation against TTIP, culminating in such activities as a European Citizens’ Initiative, with over a million signatures Europe-wide, and a European Day of Action on 11 October 2014. Members of the socialists & democrats group in the European Parliament – whose support is needed in order to ratify a potential trade agreement – have repeatedly voiced concerns about the implications of ISDS, as have the representatives of a number of Member States, most notably Germany. While this has not amounted to an unambiguous rejection of ISDS from these key actors, the issue is clearly increasingly on the political agenda.

Why then does the Commission insist, at this stage, on merely reforming ISDS rather than dropping it altogether? While advocates are keen to state that not including the provision would undermine the EU’s ability to negotiate ISDS provisions with emerging economies such as China, this is a bit of a red herring; China, after all, is itself ‘a strong proponent’ of the regime of investor protection. A more plausible explanation is that the Commission is keen to make use of its new competence (since the Treaty of Lisbon) to negotiate EU investment agreements. Dropping ISDS is also problematic from a negotiator’s perspective because the US is allegedly very ‘keen’ on it. Therefore (and most importantly I suspect) this is likely to entail costly concessions, possibly preventing the EU from achieving the agreement it wants.

The irony is that ISDS may well be the reason that TTIP doesn’t happen at all. Of course, at this stage it is too early to tell what the final outcome will be. But the consultation has shown that the issue remains highly politicised, with considerable opposition to the principle of investor-state arbitration unlikely to be appeased with a mere reform of the system.

Greece can’t leave the euro without leaving the EU
Next